by The True Spokes 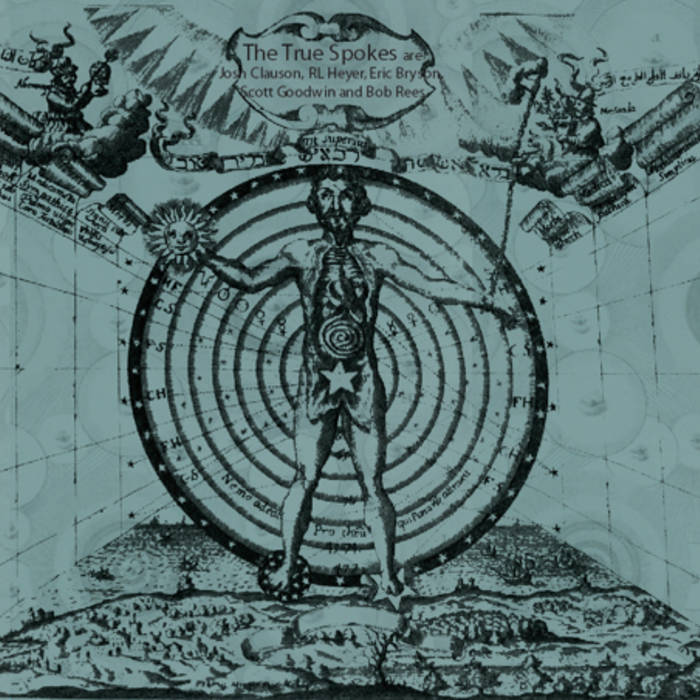 “Together they come up with music that strikes a nice balance between being musically and lyrically creative and yet likely to have wide appeal. There are touches of retro sounds, but originality dominates. The group often shows some cleverness, and yet it's fairly subtle and unpretentious.” George Graham - WVIA-FM, Pennsylvania The Graham Weekly Album Review

Everything in its right place is an expression that springs to mind with Seattle’s The True Spokes. All the fundamentals are rock solid and what rises from that sure foundation is rock ‘n’ roll of a timeless nature, born from quality musicianship and songwriting and given subtle, seductive nuance. While their eponymous 2012 debut marks their first studio outing, several lifetimes of experience – musical and otherwise – resonates in their music, something wholly organic and softly philosophical - a perfect soundtrack for the daily grind that reaches outward beyond the challenges towards something hopeful, real and truthful. Singer-guitarist Josh Clauson, singer-guitarist RL Heyer, drummer Scott Goodwin, and percussionist/keyboardist Bob Rees are cut from a classic mold, very much kindred spirits to Wilco, The Beatles, and The Kinks, i.e. powerhouse groups where harmony, robust playing and dedicated craftsmanship run headlong into rock’s indefinable, exuberant, enduring zeitgeist.

“There’s the concept of truing a wheel, and our name comes from that,” says Heyer. The True Spokes emerged as a way to reflect how this is a group effort and not a single person’s vision. We’re all working together to produce this sound.”

The band is a well regarded, popular staple in the Pacific Northwest including curating Summer Meltdown, one of the coolest annual regional music festivals in the U.S. Like that warm, inviting August gathering, The True Spokes offer listeners a warm embrace with a sound that’s immediately appealing but whose layers become apparent over time.

The True Spokes recorded the debut album, produced by Tim Bluhm of The Mother Hips, as a five piece with the help of Eric Bryson on bass. Now, Bob, Josh and R.L trade off the bass duties. “It’s really liberating to not be tied down to specific parts we created for the album"

“It cuts to the heart of everything a little more, getting to the parts that absolutely have to be there and letting the rest go,” observes Goodwin. “It’s helping the songs along really well.”

"All four guys have a solid hand in writing and arranging, which generates a collective feel where all the talent and imagination inside them coalesces into something larger and richer than the constituent parts. Dynamics can range from crushing guitars, buff rock rhythms and synth bass to three part harmonies over acoustic guitar, lap steel and rhodes. We can add a bass player or a horn section one night, but the core of it is the four of us".

“Right now, we’re experiencing an incredible sense of freedom,” says Heyer. “If we want to sound a certain way at a particular show then we can experiment without fear".

“With The True Spokes, I’m always stoked to see what we’ll do each time we get together. Just knowing SOMETHING is gonna happen every time is such a blast!” says Goodwin. “We’re in the workroom chipping away at it all, and we want people to know that, to know we’re dedicated to giving them music worth listening to. We’re not going to stand still and play things the same way. The way is always forward with us.”

cut from a classic mold, very much kindred spirits to Wilco, The Beatles, and The Kinks, i.e. powerhouse groups where harmony, robust playing and dedicated craftsmanship run headlong into rock’s indefinable, exuberant, enduring zeitgeist - a perfect soundtrack for the daily grind that reaches outward beyond the challenges towards something hopeful, real and truthful ... more

Bandcamp Daily  your guide to the world of Bandcamp

Benji B talks about his new compilation ‘Deviation Classics’